Nicaragua vs Costa Rica – which one should I travel to?

The two neighbour countries in Central America, Costa Rica and Nicaragua are often compared by travelers. Which one should you visit? Well I would say both, but I know that is not always possible. Here we compare the two countries and say what we think, but it is your tough decision.

Nicaragua only fairly recently joined the standard Central America travelers trail after recovery from civil war. Word on the street is that Nicaragua now is like Costa Rica 20 years ago, the same natural attributes as yet undiscovered and not so commercial.  You always hear how cheap Nicaragua is compared to Costa Rica.

After spending about a month in each country what is our opinion?

Traveling Costa Rica on a budget

We traveled through Latin America for 13 months from Mexico to the south of Patagonia. We spoke to many backpackers on the way and expected Costa Rica to be super touristy and overpriced. Our plan was to travel through here quickly, we ended up loving it so much we stayed in Costa Rica for a month! The jungles were spectacular my favorite in Latin America, the beaches were unreal, surf was good and people super friendly Pura vida. Sure it is not a cheap country, alcohol, eating out and tours are super expensive, but we still had an amazing time on a very small budget by cooking for ourselves, not really drinking alcohol and enjoying the incredible nature by taking few guided tours.

Traveling Nicaragua on a budget

Nicaragua is an amazing country and we enjoyed the natural beauty exploring jungles, volcanoes and doing some nice diving. The culture is definitely more unique and less European than Costa Rica, I love the colorful chicken buses in Guatemala, El Salvador and Nicaragua. Our favorite place in Nicaragua was Little Corn Island and we ended up spending 10 days here. Nicaragua is definitely much cheaper than Costa Rica, but it is possible to travel Costa Rica on a budget.

Costa Rica – Setting aside 25% of Costa Rica’s land for protective parks and reserves is an example for the rest of the world that paid off! With over 10,000 species of plants and trees,  and over 35,000 species of animals and insects Costa Rica is often referred to as a living Eden.

We loved Costa Rica, the whole country felt like one massive national park. Yes entrance into the parks is not cheap, but in many places if you explore the jungles around the parks you see very similar things and you can have a bit of adventure! We explain how we probed the incredible Corcovado park on a budget. The variety of wildlife we saw in Costa Rica was incredible; McCaws, Tucans, sloths, turtles, interesting frogs and many more.

Nicaragua – With 18% of Nicaragua currently being parks or reserves, the country is not far behind Costa Rica. Unfortunately Nicaragua got on the conservation train long after Costa Rica and there was not that much left to conserve. The cloud forests of Miraflor and the Maderas volcano on Ometepe was very impressive. We saw some wildlife hiking in the parks around Nicaragua; some snakes, different monkeys, a variety of birds, iguanas and the rainforest was very nice.

If you are serious about wildlife, nature and biodiversity Costa Rica is the place to go, the shear amount of animals and wildlife is astonishing.

Nicaragua is definitely cheaper than Costa Rica,  Here is a comparison of some prices to show you the difference between the two countries.

You can see the biggest difference in price is in drinks and when eating out. We drank very little alcohol in Costa Rica and bought food at the supermarket, cooking ourselves. If you are going to travel through Latin America it is worth it to invest in a portable UV water sterilization device such as Steripen. Taxis are expensive in Costa Rica, but public transport is cheap.

Seeing volcanoes is a big drawing card in Central America and both countries have volcanic craters in abundance. Nicaragua has 19 active volcanoes compared to the 5 of Costa Rica. That does not mean you can see lava at all of these. The definition of a live volcano is a volcano that has erupted in the last 10 000 years, otherwise it is seen as dormant or dead.

In Nicaragua you can see lava from the crater rim of two volcanoes (2018). The Masaya volcano is close to Granada. Do an evening tour for a spectacular experience seeing the magma glowing! You have 10 to 20 minutes at the crater rim. This is the more famous and touristy volcano but your best chance to see an actual lake of glowing lava. Telica volcano near Leon is the other option, this volcano is a much tougher hike, the cool thing is you can camp on the way.

The active volcanoes in Costa Rica also makes for some spectacular scenery with crater lakes, sulfur emissions and fueling hot springs. There is no current lava pools you can see in Costa Rica. Turrialba volcano erupted with gas and magma emissions recently, the park is still closed.

Costa Rica has nice volcanic scenery, if however volcanoes are your thing I think Nicaragua is the place to go.

Costa Rica – Sandwiched between a Caribbean and Pacific coastline Costa Rica is known to have some of the best beaches on the planet! There are a huge variety of beaches, sure to satisfy every ocean lover.  Surf beaches, tan beaches, crazy busy beaches, off the beaten track hidden beaches and the list goes on. Do you like beautiful busy beaches? go to Tamarindo over weekends this is also a great place to rent a surfboard and learn. Looking for a off the beaten track beach that is so long you can walk for hours and see almost nobody, only wildlife go to Montezuma. You don’t want to lie on the sand, you want to surf? Playa Hermosa or Malpais is the place for you.

Nicaragua – Also bordered by the Caribbean and the Pacific, Nicaragua hosts an incredible 910 km of coastline. Similar variety than offered by more touristic neighbour Costa Rica, San Juan del Sur is the countries’ most popular and busy beach, only 20km away Playa La Flor is the best place to go for a wild life experience on the beach with monkeys, iguanas, possums and a variety of turtles come to nest here; olive turtles, leather backs and green turtles. The jungle lined cove of Playa Madera makes for a beautiful beach, popular for sunbathing and long walks, the surf here is pretty good too. We loved Little Corn Island, this was our highlight of Nicaragua and ended up staying here for 10 days! small island, nice beaches, good Caribbean diving, see all about our trip to Little Corn Island.

The cities of Nicaragua vs Costa Rica

Nicaragua – There are some beautiful cities around the country. The capital is just another big city in Central America, but Leon and Granada are two amazing cities. Granada is the architectural jewel of Nicaragua, with cobble stone roads and beautiful colonial buildings. Leon has a more rustic, edgy feel, definitely more authentic. We liked the cafes, markets and activities around Leon. Check here for some things to do in Nicaragua.

Costa Rica – There are plenty of very nice villages and towns in Costa Rica, mostly small places making a living out of tourism near a natural attraction like a volcano (La Fortuna) and the village Malpais (surfing). We did not really like the cities, more modern than most in Central America, some international franchises, shops to buy anything you need, it gets very busy, we felt safe. Here I think of the capital San Jose and the beach city Jaco. We did not see any beautiful classic colonial towns in Costa Rica.

We did not really like many cities around Central America, but Leon and Granada is definitely worth visiting, here Nicaragua had the upper hand.

How touristy is Costa Rica and Nicaragua?

Costa Rica realized in the 60’s their biodiversity and nature is a massive asset and really started developing eco-tourism in the 90’s, today this is the countries nr 1 income. This means Costa Rica has more tourists and infrastructure  but like I said, more tourists, so it is more crowdy and less authentic than Nicaragua. This does not mean Nicaragua has no tourist infrastructure or that Costa Rica is a big zoo with a McDonald’s on every corner.

Nicaragua – There are plenty of hotels, tours and activities on a well established tourist circuit in Nicaragua, English is less widely spoken than in Costa Rica so basic Spanish will definitely help. The transport system is not as European and organised as in Costa Rica, making use of ‘chicken buses’. We loved these old, colorful, decommissioned US school buses, but maybe not for everyone. Taking public buses in Costa Rica is also cheap.

There are definitely more tourists in Costa Rica, but it is not like Cancun or Kuta Bali. Getting of the tourist trail is not difficult. We were not there in high season, but the popular park Manuel Antonio is the only place that was over run with tourists, with huge tourist buses and guides with groups everywhere. Monteverde and Arenal is touristy, but was not crazy so. We hiked for days in the jungles and beaches around Montezuma and Corcovado seeing more unique wildlife than people.

Food in Nicaragua and Costa Rica

One dish for both countries Gallo Pinto – fried rice, boiled beans, onions, garlic and red pepper. This is the staple in both countries and the only relatively cheap food you can buy at local restaurants in Costa Rica. Not much to choose, we bought fruit at local markets, pasta and tuna at supermarkets and did our own cooking most of the time in both countries. Both eating out and buying food in Nicaragua is cheaper than in Costa Rica.

Things not to miss in Costa Rica and Nicaragua

Costa Rica vs Nicaragua which did we prefer?

We went into Costa Rica with a bit of a negative attitude after hearing it is so expensive and commercial from many sources. After backpacking around the world on a budget for years and enjoying interesting cultures and places we expected to like Nicaragua more, this was not the case.

We liked Nicaragua but We were blown away by Costa Rica. We love nature and the jungles, beaches and wildlife of Costa Rica was in a league of its own. Sure it is pricey, but by being frugal we traveled both countries on a very similar budget. Yes there are many tourists, but it is not difficult to go off the beaten track. 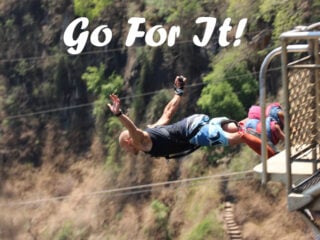 Great commentary. Glad you make an overall comparison of Costa Rica to Nicaragua

Hello Tiana, thanks for reading and I am glad you enjoyed Nicaragua! that seemed to be the more common opinion of backpackers and travelbloggers and was what we expected. Our experience was very different finding many amazing off the beaten track places in Costa Rica and the beaches and wild life was just spectacular. 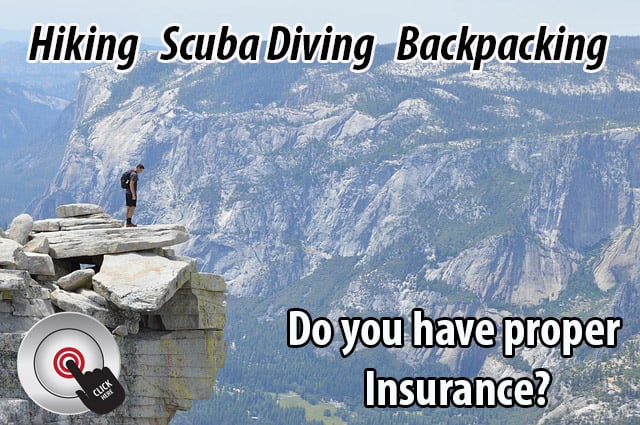 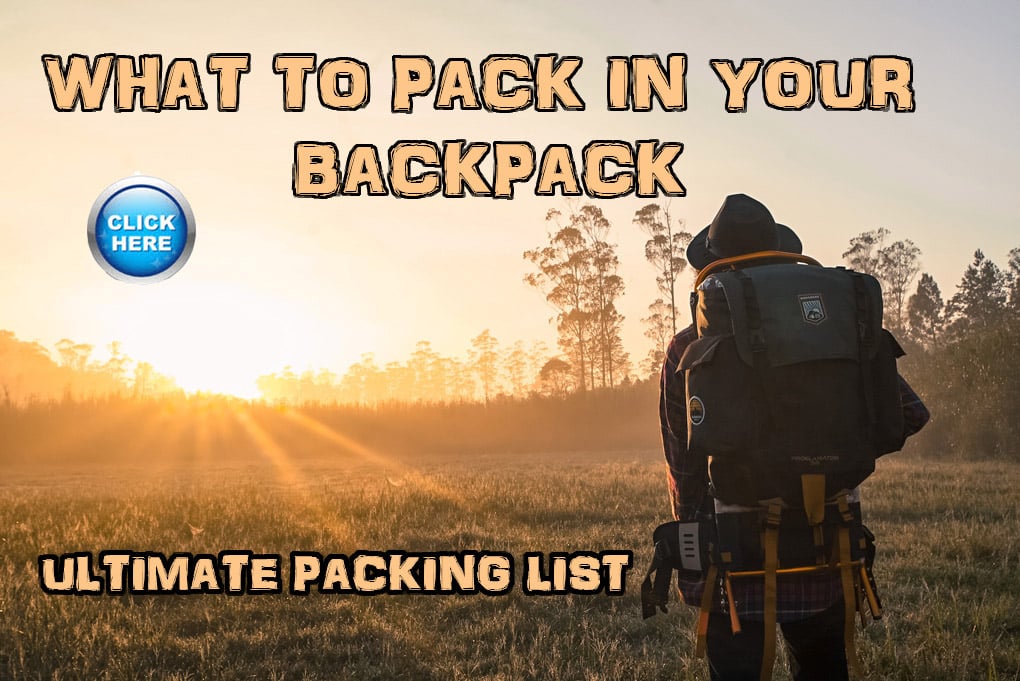